Crif - Covid-19 : How the French Jewish institutions face the crisis?

Facing an unpredecented sanitary crisis, French Jewish institutions have decided to join forces to work as efficiently as possible. They have created he French Jewish Community Crisis Cell that works everyday to ensure safety and support to the French Jews. #StayHome The French Jewish Community Crisis Cell
In 2008, the main institutions of the Jewish community (CRIF-FSJU-Consistoire) have decided to create an internal crisis cell, in order to unite in the face of the urgency of a situation, whatever it is, likely to disturb the tranquility of the community.
The idea is not to replace the state but to work with it and extend its action, in times of crisis and immediately after. For this, the Crisis Cell of the Jewish Community is called upon to mobilize the skills of professionals in the community, in particular those involved in medico-social field, as well as volunteers.
The Crisis Cell is therefore not just another institution, but a platform wanted by the main institutions in order to act together more effectively.
The Crisis Cell brings together the institutions of the community and is organized into centers of competence.
The interest of acting together, in poles of skills, makes it possible both to make the best use of the existing resources of each institution, to avoid duplication or overlap in actions, and to constantly share a plural vision and as complete as possible of the situation.
The Crisis Cell covers various fields such as medico-social, psychological support, religious life, security, communication and many others.
Since the beginning of the health crisis, the Crisis Cell of the Jewish Community has met daily.
As a follow-up to the measures decided by the government, the central institutions of the community gathered in a crisis unit wanted from the start of this health crisis, to support community structures in the implementation of these measures. Several visual presentations have been made to stress the important safety measures that anyone should apply to his daily life. 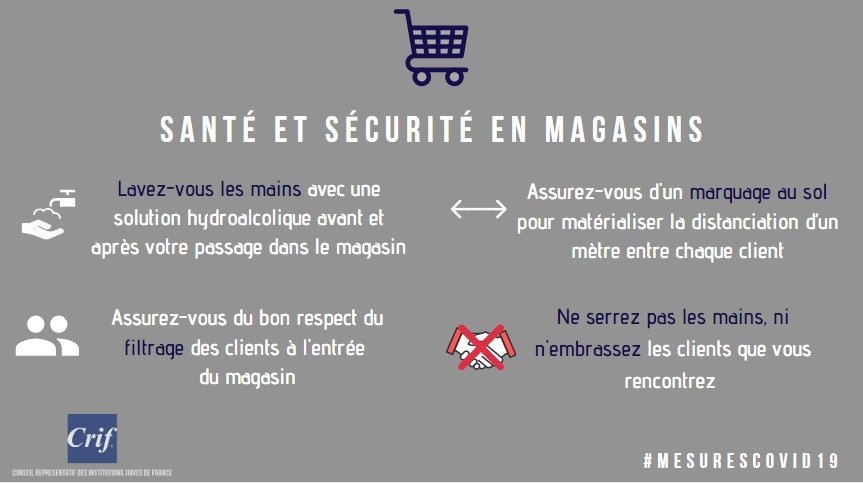 Visual presentation about how to behave on a grocery store 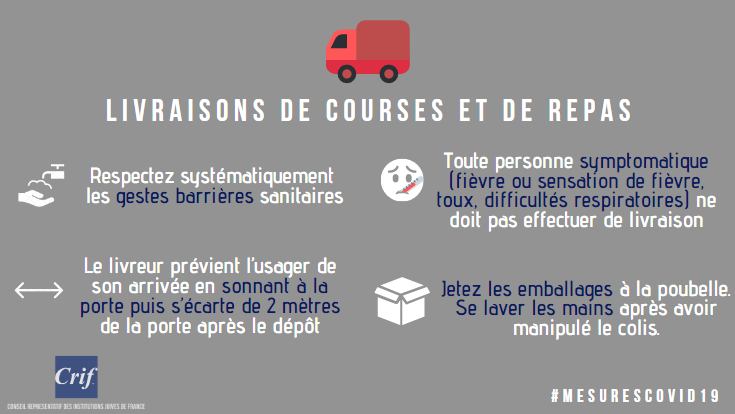 Visual presentation about how to deal with food and meal deliveries

It is a question of verifying what could be the impacts and the necessary reorganizations of religious life by accompanying certain decisions such as the closure of synagogues and ritual baths.
The Crisis Staff interacts daily with the medico-social structures of the community to ensure that they have the technical and human resources they need.
The Crisis Cell also initiated the creation of a calling platform for psychological support, PôlePsy, opened to professionals and the general public. 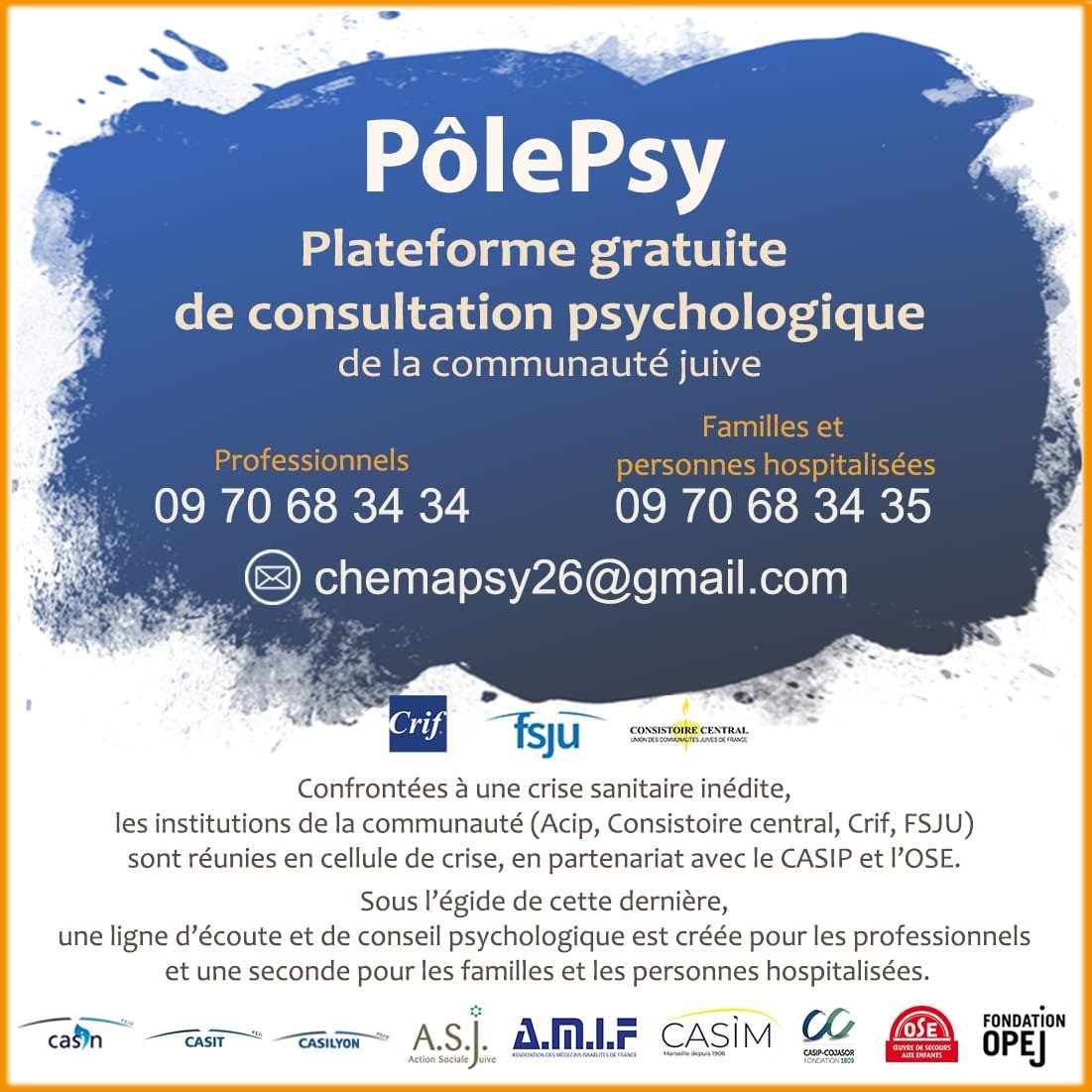 The challenge for French Jews today is to participate in the national effort so that everyone protects the life of their family, their neighbors and friends. It is therefore a question of applying all the instructions, in everyday life, of keeping a sense of priorities and realities, faced with a new situation, without panic or denial in order to get through this period and return soon to the normal.
A few weeks ago, Crif Director Robert Ejnes was the WJC WebTalk and has the opportunity to explain the challenges that the French Jews are facing.
Sur le même thème