#EnoughIsEnough. This was the motto of the gathering that was organized today by UN Watch in Geneva, in front of the headquarters of the UN Human Rights Council. The purpose of this event? Denouncing the systematic condemnations of the United Nations against Israel.

This Monday, hundreds of people gathered at the headquarters of the UN Human Rights Council, in Geneva. The purpose of this gathering was to denounce the biased and systematic condemnations of the UN entity against Israel.
Public, political and community leaders from around the world spoke. Among them, Yonathan Arfi, vice-president of the Crif, who recalled that "when Israel is victim of injustice, the Jews of the whole world suffer".

Philippe Val, French writer - and winner of the Crif Prize - Pierrot Kaufmann 2019, also took the floor.
Francis Kalifat, President of Crif, could not be at the rally as he was already committed to the Minister of Justice. However, he statued about this gathering and was pleased that the Crif was able to be represented. 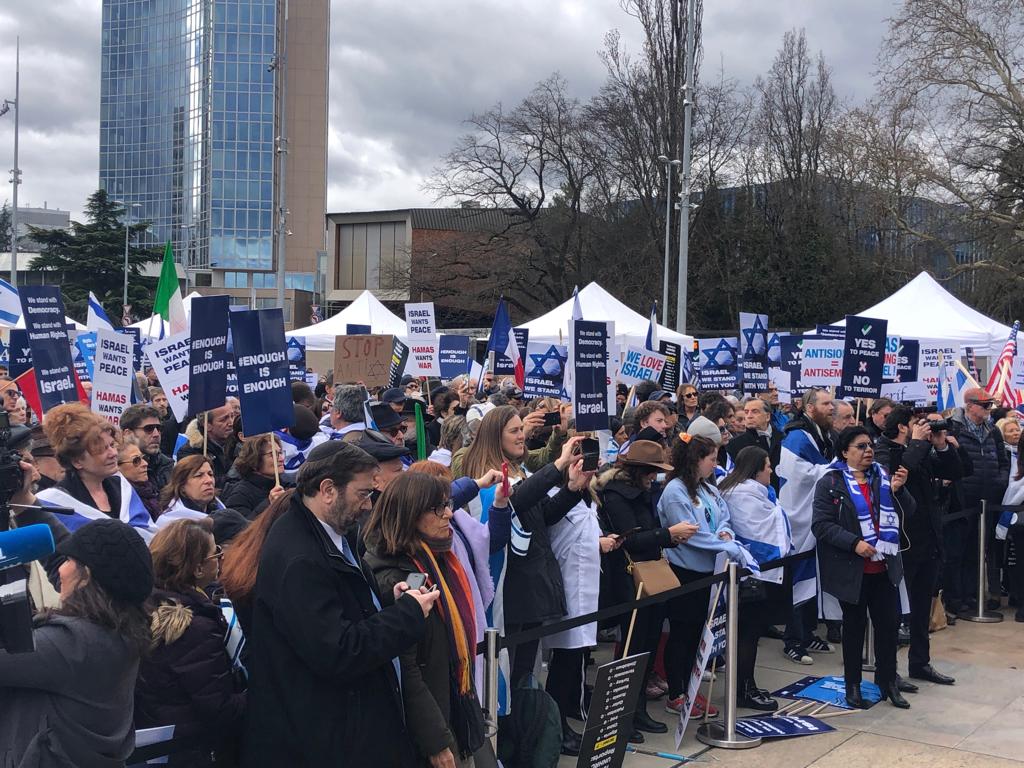