Sunday April 25, on the Place du Trocadéro in Paris, in many cities of France and around the world, we were thousands to pay tribute to Sarah Halimi and demand justice. Citizen gatherings took place everywhere with solidarity and fraternity.

The day of tributes to Sarah Halimi began in Paris with a laying of wreaths from the Presidents of the main French Jewish institutions and the Chief Rabbi of France.

The Presidents of Crif, Francis Kalifat, of the Unified Jewish Social Fund, Ariel Goldmann, of the Consistory, Joël Mergui, and Haïm Korsia, indeed met for a moment of remembrance, at 11 a.m., in front of Sarah Halimi's former home, in the 20th arrondissement of the capital.

A few hours later in Paris, at 2 p.m., thousands of participants gradually took place in front of the Human Rights Square, on the Place du Trocadéro. Under the bright sun at the end of April, young and less young people, Jews and non-Jews, gathered to say Sarah Halimi's name, pay tribute and demand justice.

The members of the Agissons pour Sarah Halimi collective, at the origin of this gathering, opened the speeches by warmly greeting the crowd and congratulating the participants for their commitment. Jonathan Behar set the tone for the rally by chanting a slogan soon to be echoed by the crowd: "All united, for Sarah Halimi".

Then, encouraged by the enthusiastic applause of the crowd, William Attal, Sarah Halimi's brother, delivered the powerful testimony of a brother who has fought for four years for justice to be done.

In his speech, Crif President Francis Kalifat recalled the names of French Jews murdered since Ilan Halimi, on the sole ground that they were Jews. He stressed the importance of national cohesion to fight against the scourge of anti-Semitism. His intervention was followed by those of association leaders and community representatives.

Many personalities from the entertainment world - including Gad Elmaleh, Carla Bruni, Patrick Bruel or host Arthur - were present and spoke, warmly greeted by the crowd.

Many elected officials and political figures were also on site, including Christophe Castaner, Valerie Pecresse, and Xavier Bertrand. The mayor of Paris Anne Hidalgo was also present and notably announced that a street in Paris would be named after Sarah Halimi.

With great solidarity and fraternity, each one was able, in his own way, to testify to his commitment to the truth.

This Sunday, April 25, we were thousands to say her name. Sarah Halimi. 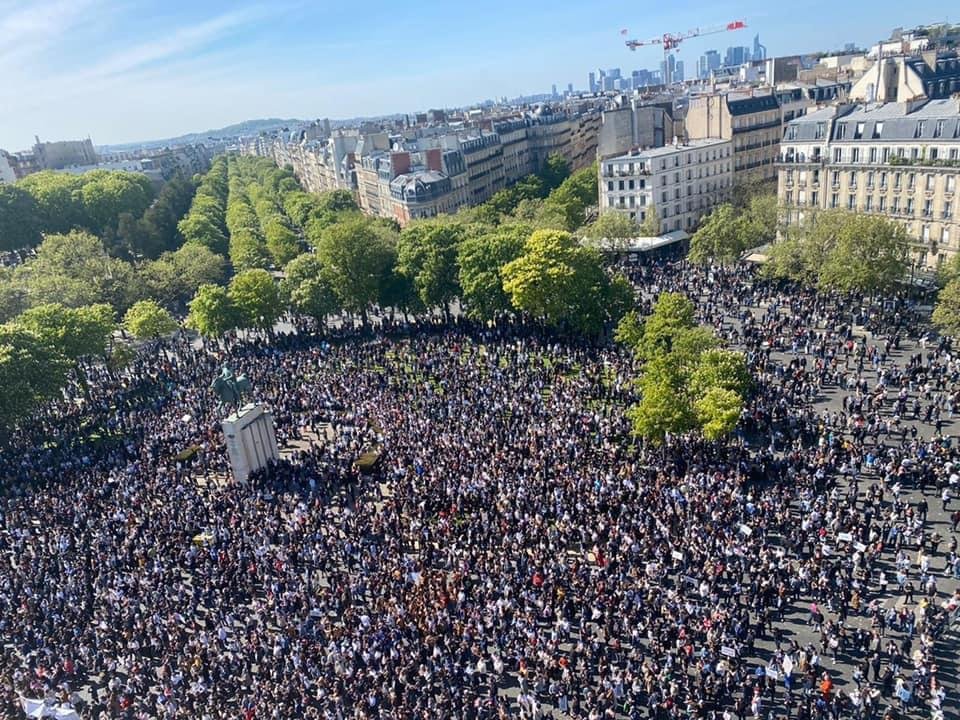 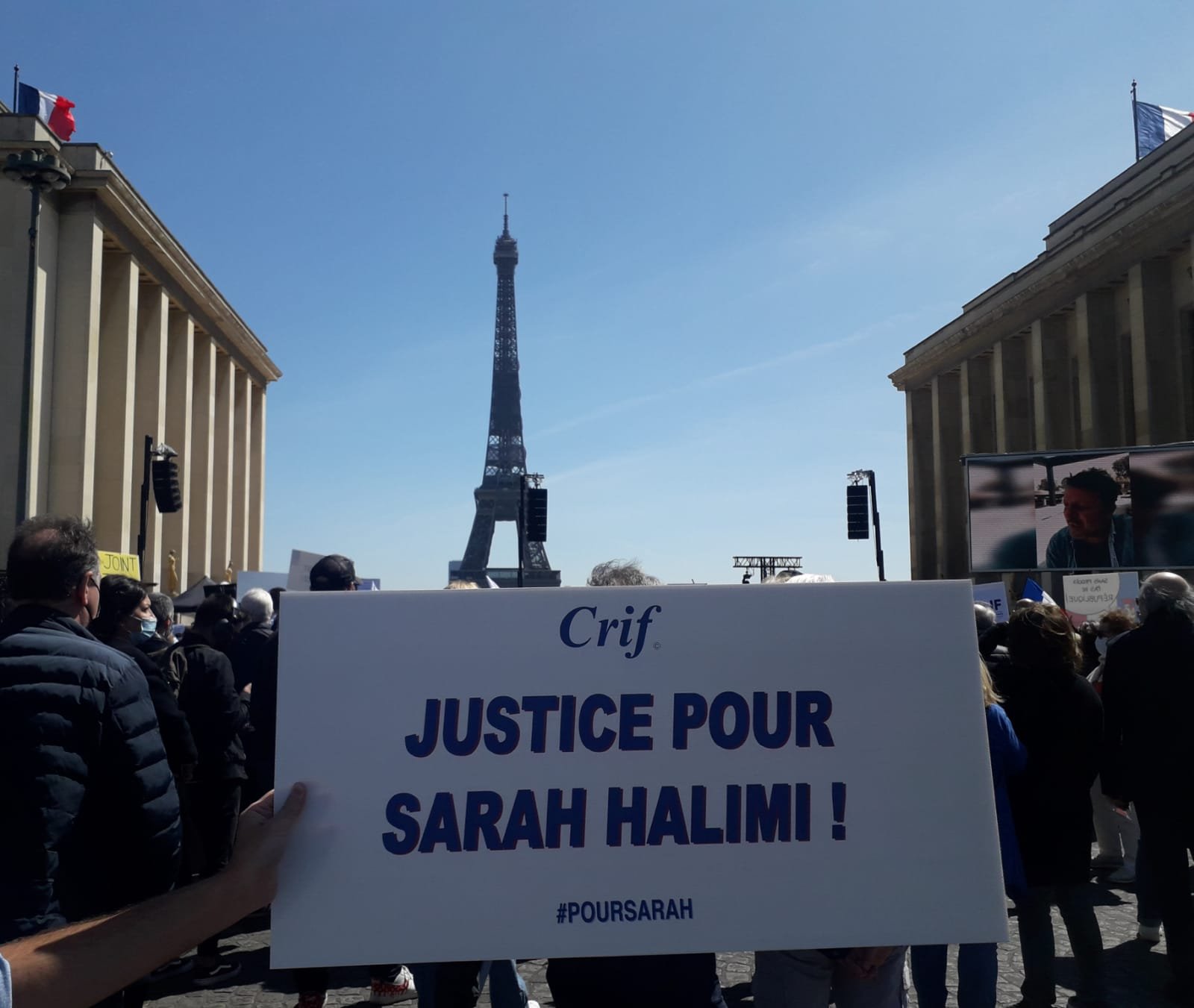 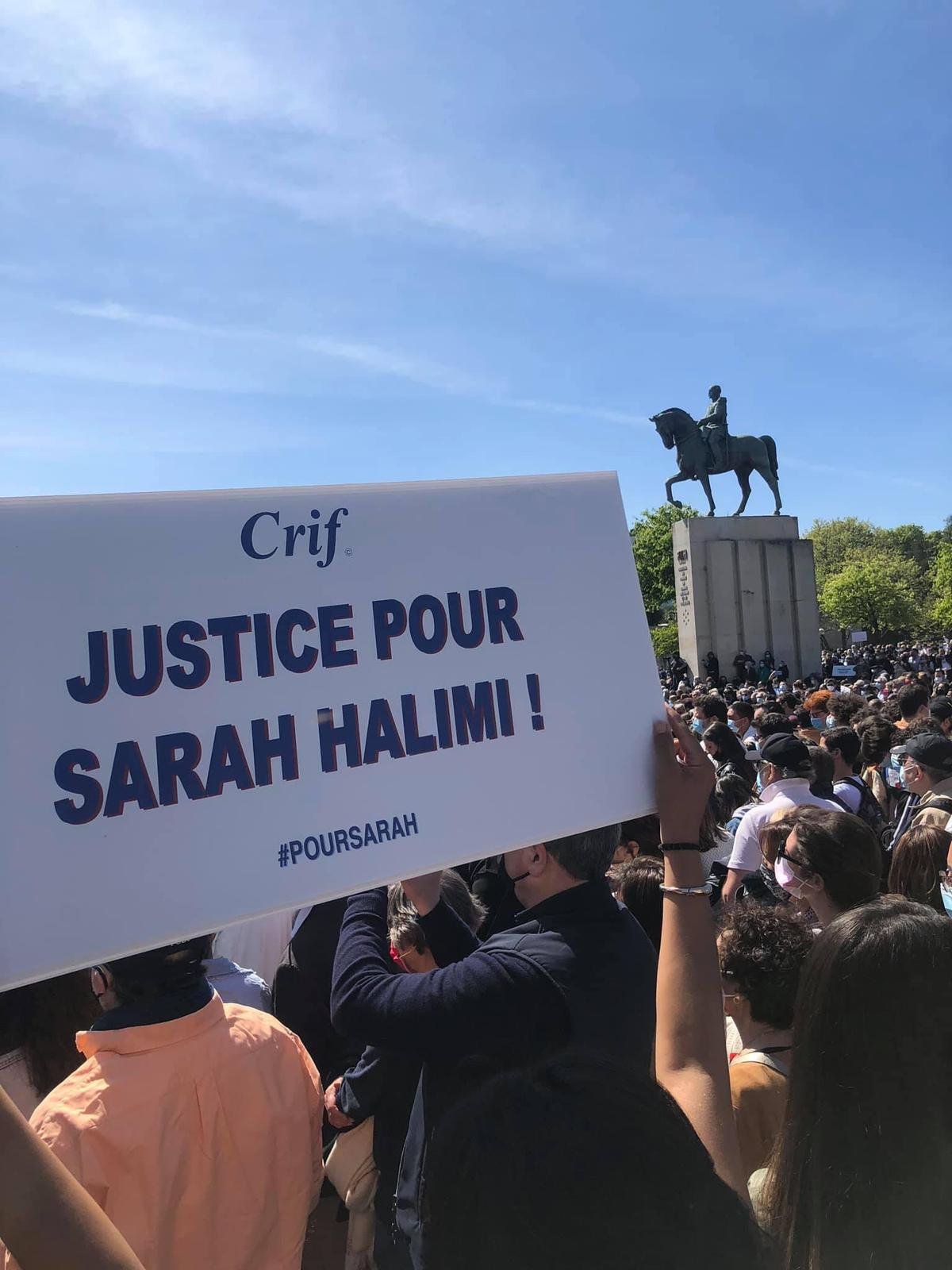 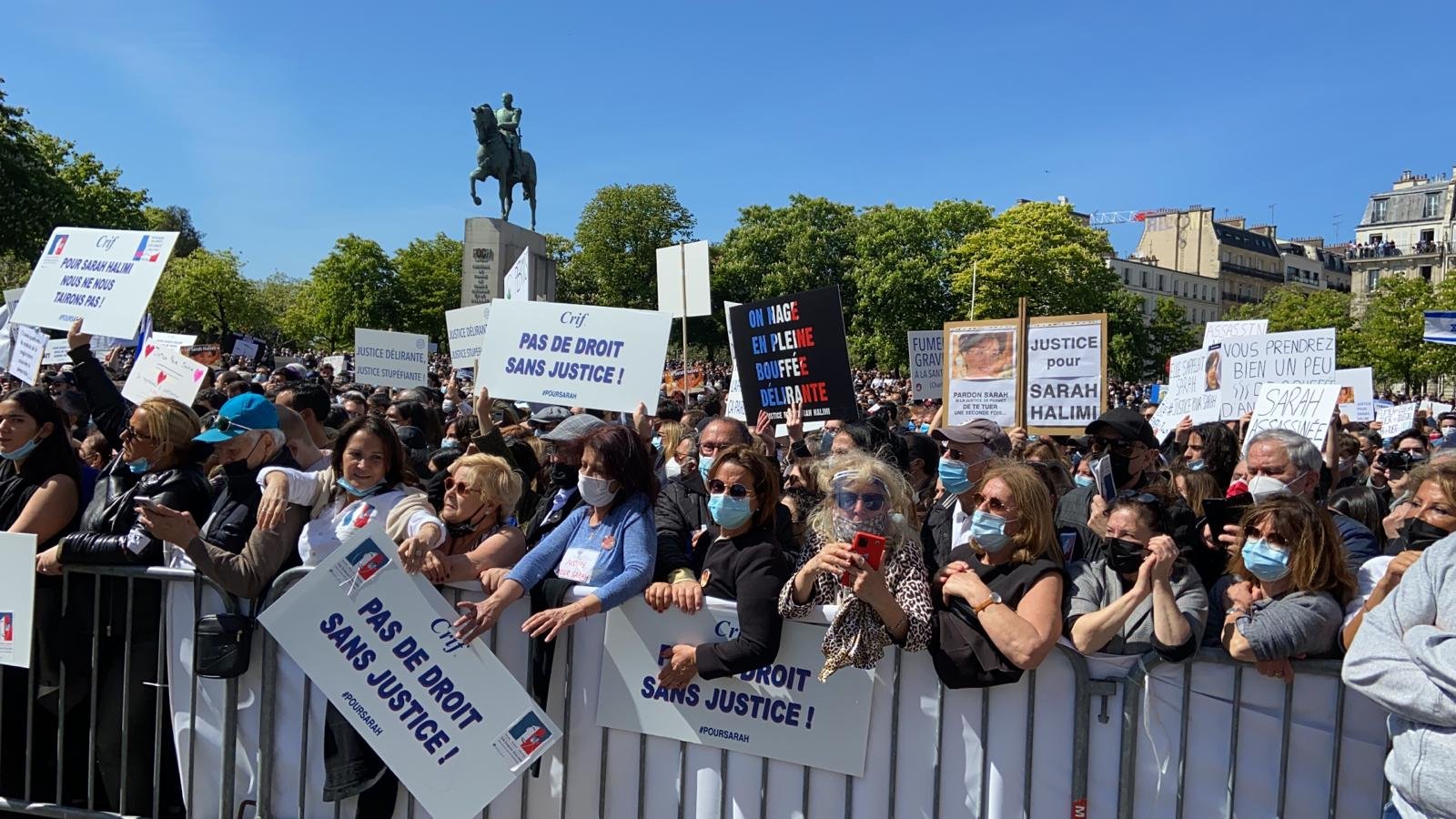