How DigiTell is working to change anti-Israel sentiments on social media. Crif is part of Digitell network.

The fight against the Boycott, Divestment and Sanctions (BDS) movement, as well as against antisemitism, is not easy, especially on social media platforms where such sentiments are rampant and uncensored.

Lies about the Israeli-Palestinian conflict are spread through propaganda – fake images and posts – with the gap between anti-Zionism and antisemitism growing ever smaller. The two are becoming interchangeable on social media, and in many respects it’s been found that anti-Israel agendas encourage and strengthen antisemitic sentiments.

In a bid to fight BDS, hate speech and antisemitism online, the Strategic Affairs Ministry formed DigiTell, an independent network of pro-Israel social media influencers who play an integral part in defending Israel online and fighting against antisemitism.

According to Ido Daniel, director of digital strategy at the Strategic Affairs Ministry, the network spans six continents, with dozens of organizations, influencers and grassroot initiatives all dedicated to this cause.

“The ministry recognized there was a strategic gap in the fight against Israel’s protractors,” Daniel said. “As individuals they were doing great work, but there was a lack of a coordination and cooperation between them. The ministry has the ‘luxury’ of having the ability to bring everyone together to the same table, and from there the rest is history.”

Daniel explained that the anti-Israel lobby “is working in a coordinated fashion, as we showed in the release of the Hate Net in June 2018, showing the close ties boycott groups share with each other. For instance, we have seen in the past that European anti-Israel groups have shared messaging, mottos and information to create unified campaign against Israel.” 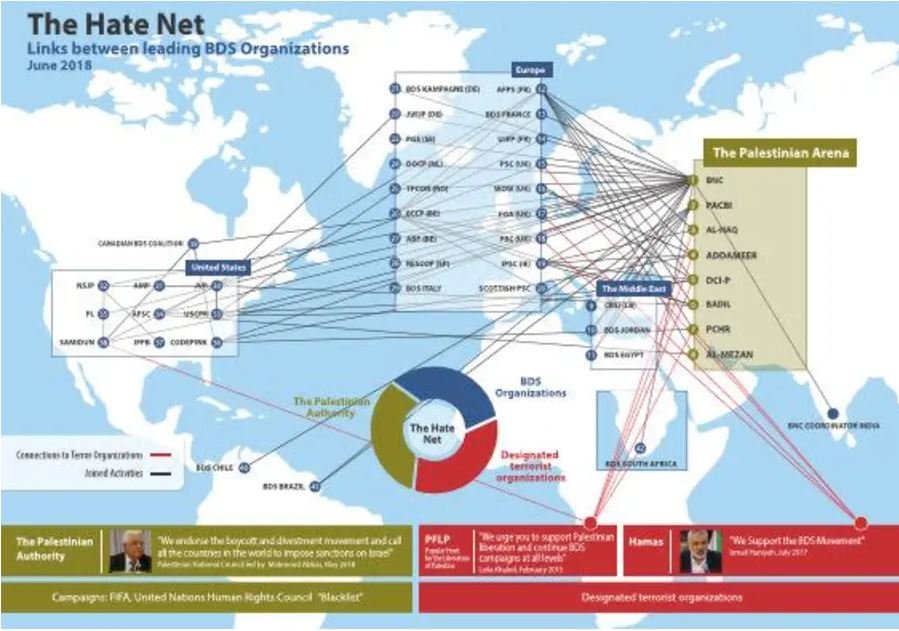 Asked about the threat that BDS poses online, Daniel said that they have founds “dozens if not hundreds of instances... of the anti-Israel camp spreading disinformation and hate speech.”

The classic example, he noted, is a poster showcasing Israel with land marked as having been supposedly “‘taken away’ from Palestinians, which is a fabrication unto itself, and contradicts international law and agreements reached with the Palestinian Authority.” The anti-Israel lobby “deliberately ignore these facts in order to manipulate public opinion against Israel and its legitimacy, especially when dealing with its borders.”

DigiTell’s goal is to empower the pro-Israel activists online.

“We accomplish this through a number of ways,” Daniel said. “First, hosting our annual conference to bring together DigiTell face to face interactions, get to each other better, create relationships and launch joint ventures together.”

At the end of the day, he said, “they are not only colleagues but have become good friends.” This is what makes this network so special.

The ministry also provides support in several ways to the DigiTell network.

“As an example, we recognized there was a lack of communication between online pro-Israel activists and government bodies, such as during the recent arson attacks in Israel’s south,” he continued. “As a result, we chartered a bus and took them – photographers and filmmakers – to see firsthand the damage done, and speak with officials in the field to receive their personal insights on the devastation including with firefighters, local residents, national park rangers, the IDF – and even a now defunct Hamas terror tunnel. The DigiTell network then shared it under the hashtag #FreeGazafromHamas, which was, and is to this day, extensively used online.” 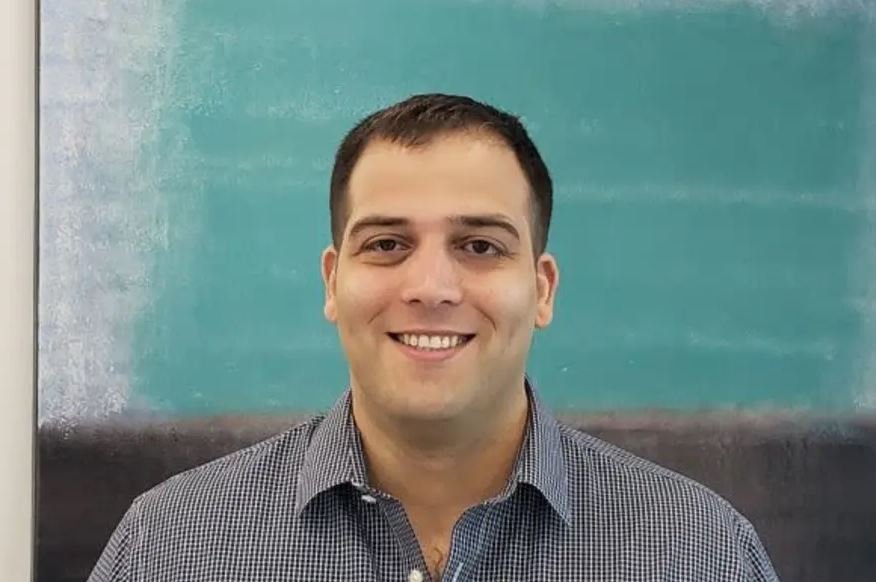 DigiTell has also been involved with many of the campaigns run by the pro-Israel movements. According to Daniel, this includes the release of a surprise campaign #NoWayToTreatAChild on the UN’s Universal Children’s Day, to raise awareness about how Palestinian groups “use children in their terror attacks and spread hate speech online, on TV, and in their school textbooks. We’ve seen more than eight million people reach for this campaign on Twitter alone.”

The DigiTell network, Daniel told the Post, doesn’t work for the government. “They have defending the State of Israel and the Jewish people for years,” he said. “All we do is bringing them together and give them access to information they need”.

DigiTell activist Arsen Ostrovsky, a leading pro-Israel advocate and executive director of the Israeli-Jewish Congress, became involved in DigiTell “because it offers an outstanding and unique global platform that connects and empowers leading pro-Israel advocates from around the world in order to exchange best practice ideas and help amplify our collective message in support of Israel.”

Ostrovsky explained that the Internet has in many ways become a cesspool of antisemitic hate, where lies, willful distortion of truth and vilification against Jews and the State of Israel – manifested through the BDS Movement – are real, direct and intense. The attacks, which come from an array of different sources, are often coordinated and further exacerbated in today’s era of ‘fake news’ and real time posting. The sheer magnitude of such attacks spread quickly, making it impossible to keep up.

Although BDS has a minimal impact on Israel in practice – “which by all objective measures is thriving economically and diplomatically, albeit that is not from lack of effort from BDS activists” – the greater danger is that if left unchecked online, “the BDS Movement will continue to set the agenda and fan the flames of hatred and antisemitism.”

For Ostrovsky, the main the key challenge in combating BDS and the anti-Israel lobby online is trying to remain vigilant, “selecting which battles to fight or respond, while at the same time being proactive and setting a positive narrative.” By providing “such a unique global platform to exchange best practice ideas, DigiTell also allows us to calibrate our strategies in order to have a unified message that we can then amplify in fighting BDS and supporting Israel.”

He noted that “these celebrities have huge followings, but with many followers also unfamiliar with the nuances and complexities of the Israeli-Palestinian conflict or naïve in their support of the celebrities political views. It is therefore imperative to keep this group in mind in our messaging, as an opportunity to reach out, engage and educate them.”

Ostrovsky said that in the short time since DigiTell’s inception in early 2018, he has been involved in a number of the network’s “highly successful campaigns, including raising awareness over the Hamas-led Gaza riots in the past year, reinforcing the link between BDS and terror, as well as shedding light on Hamas abuse of Palestinian children with the #NoWayToTreatAChild campaign during the United Nations Universal Children’s Day.”

Ostrovsky emphasized that “it goes without saying our global network of pro-Israel activists [was] highly engaged during the Eurovision Song Contest and the period preceding it, to repel the highly intense attacks of the BDS Movement and in order to use the Eurovision platform to promote and reinforce the beauty and diversity of Israel.”

DigiTell activist Hidde van Koningsveld, based in Holland and chairman of CIJO, the biggest pro-Israel youth movement in the Netherlands, has made it his mission together with the organization to fight against anti-Israel hatred and antisemitism.

“We’re privileged to be a member of the DigiTell network, which enables us to work together with other pro-Israel activists from around the world and work on campaigns to fight the hatred the BDS movement is spreading around the world,” he said. “I got involved in DigiTell in March 2018, at the very first conference in Jerusalem.”

He noted that the threat of BDS is not economic. “The biggest threat BDS poses is the public relations field,” van Koningsveld explained. “BDS spreads lies about Israel that stick with ‘regular’ people on social media and even the mainstream media. We also saw this with Eurovision. All in all, Eurovision was an extremely successful event. We [the Netherlands] won, no country boycotted the event, the Queen of Pop [Madonna] performed during the final. Millions of people watched the Eurovision competition and the hotel rooms in Tel Aviv were fully booked.”

Van Koningsveld highlighted that “the only small success the BDS movement had in The Netherlands, after months of campaigning against Eurovision, was that some national newspapers repeated their false claim that the Tel Aviv Expo was built on a ‘destroyed Palestinian village.’” The activist said they “are working on countering this claim by providing factual information and asking the newspapers to correct their articles.”

Attending the Strategic Affairs Ministry conferences has provided van Koningsveld with pro-Israel friends from around the world.

“As a Dutch youth organization, we used to have a relatively small reach,” he said. “It’s great to have friends all over the world who are facing the same challenges and share our work and strategies, to increase our reach and effectiveness.”

The advantage, he said, is that “We stand stronger together. United we have millions of followers, and with this comes the potential to counter the lies and antisemitism that’s being spread by the BDS movement. It’s great to have a large group of like-minded people to talk to about campaigns or your social media strategy.

“When we work together, we have more followers than these activists. This is why, as the pro-Israel community as a whole, we need to unite and set aside differences.”

When dealing with “famous” BDS activists like Waters or Sarsour who “spread hate against Israel, we need to closely monitor what they say and call them out on their lies and antisemitism.”

However, according to van Koningsveld, “that doesn’t mean we should react to every little thing they say. It’s also very important to proactively spread our own positive message about Israel.” He went on to explain that “each member of the network decides on their own campaigns and messages, but gets as much support as needed from the DigiTell network.”

Asked for tips, Daniel, Ostrovsky and van Koningsveld shared helpful advice for those not in DigiTell who are trying to fight the online anti-Israel bias.

Daniel emphasized that “every action counts,” and recommended pro-Israel activists to join social media, “from writing and liking pro-Israel comments, to reporting anti-Israel hate speech, sharing pro-Israel content, and following all of DigiTell’s member organizations social media pages as well, to stay up to date. The second thing, join Twitter and Instagram. It’s the new – and old, when it comes to Twitter – battleground for pro-Israel advocacy.”

Ostrovsky encouraged those in the midst of the social media battle “not to let the haters get to you, just tell the truth and try to broaden the conversation to convey a positive story about what you love most about Israel.”

Van Koningsveld’s most important advice to activists “is to reach out to other pro-Israel activists and work together. You can’t fight this battle on your own, because the BDS supporters are very loud and active on social media. Also: choose your battles. You don’t need to respond to every little lie people spread about Israel. Sometimes you ignore things, sometimes you can also choose to respond with humor, as I did when a BDS-supporting Dutch MP with a Palestinian flag got questioned by the Israeli police when walking around Temple Mount last Friday.”