Crif President Francis Kalifat has invited the Presidents of the main Jewish institutions in France as well as the French Chief Rabbi to commemorate the International Day dedicated to the victims of the Holocaust. Together they took part in the global #WeRemember campaign.

On January 27, 2021, International Day dedicated to the memory of the victims of the Holocaust and the 76th anniversary of the liberation of Auschwitz-Birkenau, the presidents of the main Jewish institutions in France came together to remember.
Francis Kalifat, President of Crif, Ariel Goldmann, President of FSJU - Unified Jewish Social Fund, Joël Mergui, President of the Consistory of France, and Haïm Korsia, Chief Rabbi of France commemorated in unity this day in participating in the #WeRemember global campaign.
According to Francis Kalifat, "it is a strong symbol to show our unity, the unity in all the struggles we are waging in France". Because "remembrance is our responsibility", it is essential to transmit History to the younger generations, and, with the last witnesses disappearing, to take up the torch of remembrance.
We remember!

Let's remember all the victims of the Holocaust 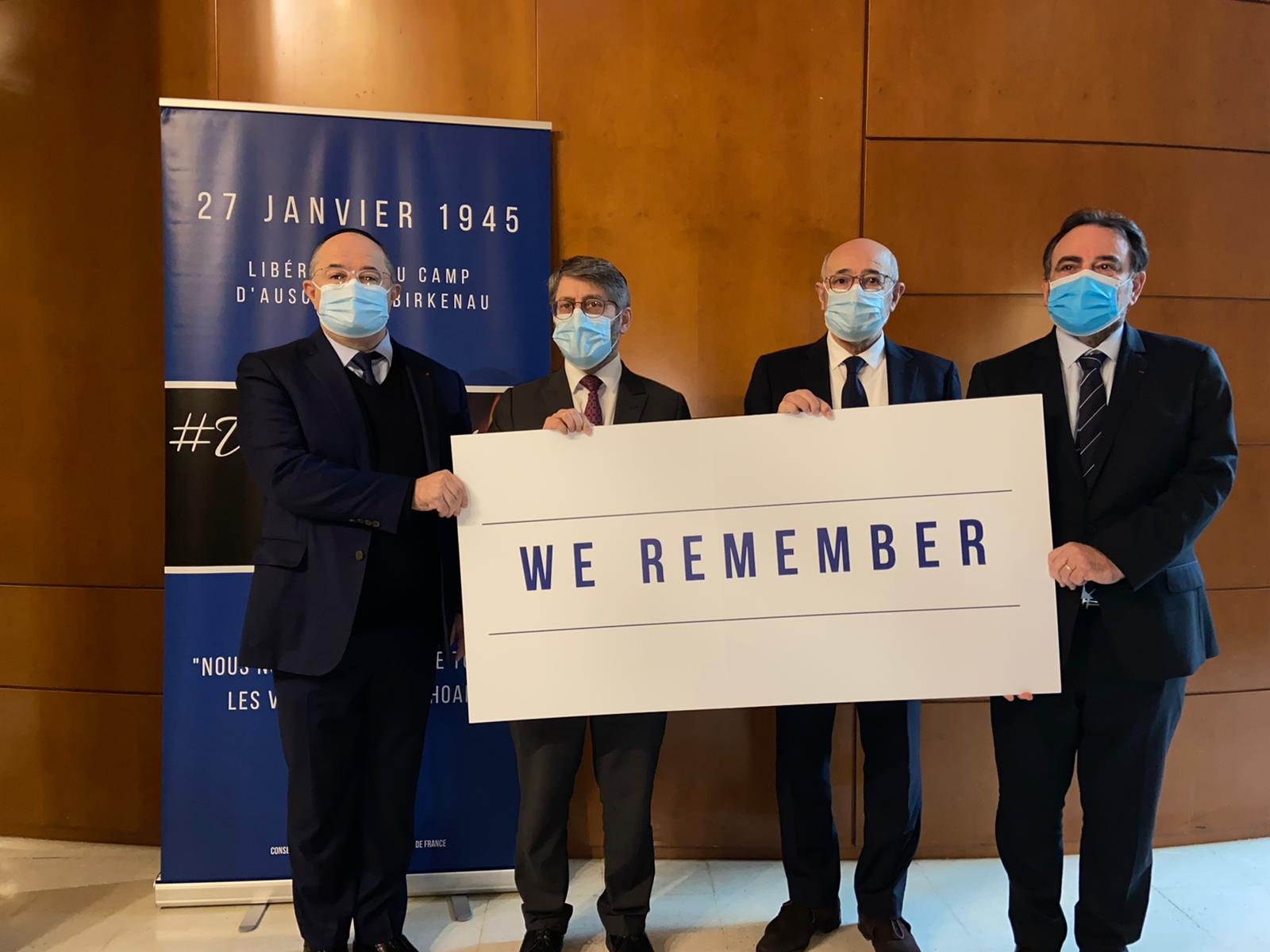