On February 2, 2020, the new Ambassador of Saudi Arabia in France, HE Mr. Ambassador Fahad M. Al Ruwaily, met Crif President and the members of the Crif Executive Board.
Many subjects were discussed with the Ambassador who has a long diplomatic experience, especially in Belgium, Spain and Denmark. Among the subjects raised, the new situation in the Middle East with the Abraham Accords, but also the particular situation of Iran and Turkey, as well as his personal relations with the leaders of the Jewish communities.
Referring to Lebanon, the Ambassador recalled the terrorist character of Hezbollah and the problem it causes in the region.
Questionned by Crif President on the international situation and his vision for the future of the Middle East, the Ambassador declared his sensitivity to all innovations guided by wisdom, and expressed his confidence in the future of the Middle East. Orient, recalling in passing that Saudi Arabia was the first country to propose a draft comprehensive peace agreement.
H.E. Fahad M. Al Ruwaily responded positively to the invitation of Francis Kalifat to participate in a forthcoming Crif International Affairs Committee.
Francis Kalifat was accompanied by Yonathan Arfi, vice-President of Crif, Serge Dahan, Treasurer of Crif, and Robert Ejnes, Crif Executive Director. 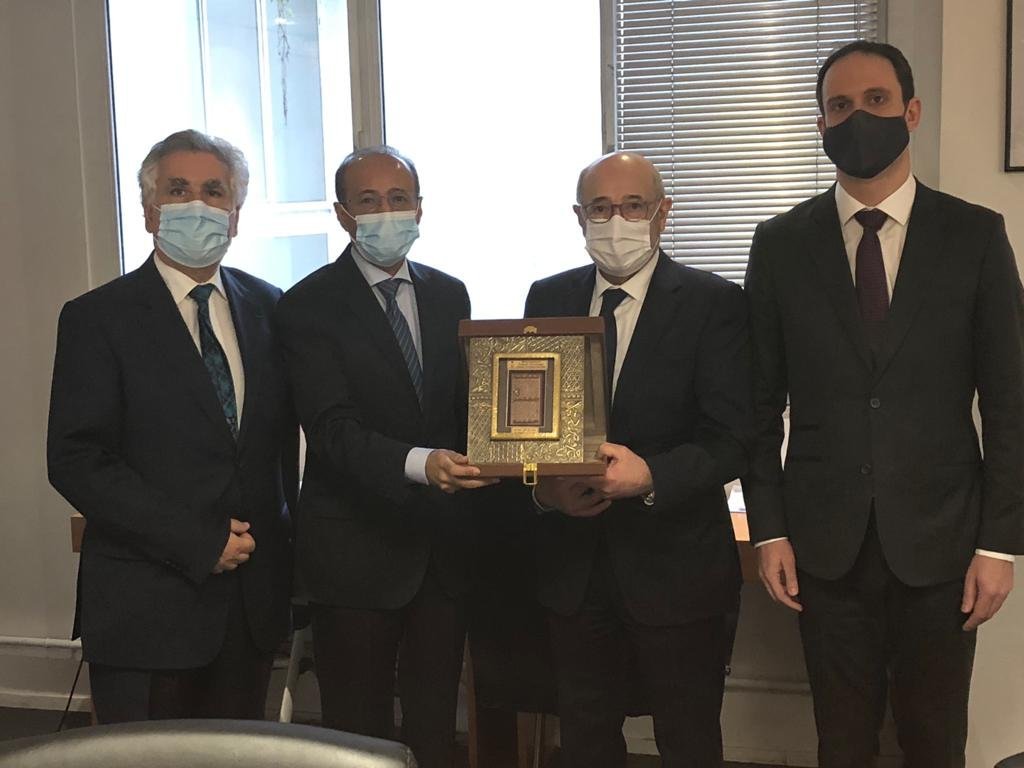